Federal and state governments worldwide are mandating credit systems as they strive toward the Paris Agreement's net-zero goals. These include an increased portion of renewable fuels in the products sold by fuel importers, refiners, and wholesalers. 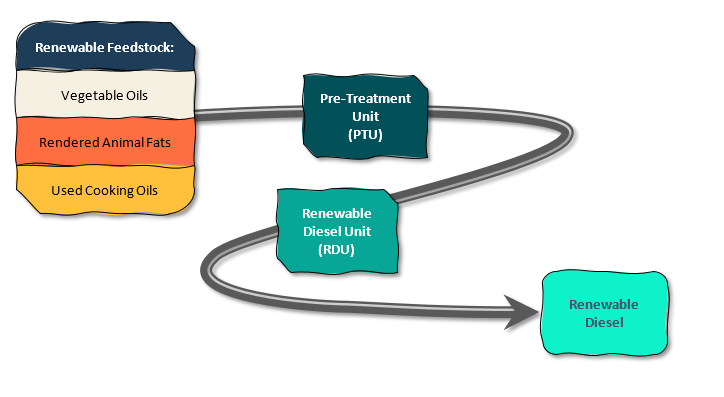 We have worked closely with the refinery community to enable successful renewable fuel production through our deep knowledge of precision metering pumps at Milton Roy. The combination of this expertise and innovative products makes Milton Roy the preferred metering pump choice among refineries producing renewable fuels.

What is Renewable Diesel?

Renewable Diesel, also known as Green Diesel, is produced from renewable feedstock such as used cooking oils, rendered animal fats, grease, vegetable oils, and wood waste. Despite not being a fossil fuel, Renewable Diesel complies with US ASTM D975 and EU EN 590 regulations. This means renewable diesel is chemically the same as petroleum diesel and can be readily used in existing infrastructures and engines.

What is the difference between Renewable Diesel and other renewable fuel like Biodiesel and Ethanol?

Ethanol is mostly produced from plant starches and sugars via fermentation with yeast and bacteria that metabolize plant sugars. Like Biodiesel, it must be blended with petroleum gasoline, most commonly known as E10 (10% ethanol and 90% gasoline), in order to work in existing vehicle engines.

Renewable Diesel is produced from used cooking oils, rendered animal fats, grease, vegetable oils and wood waste most often by hydrotreating. Gasification and pyrolysis may also be used. Due to its hydrogenation and oxygen-free composition, Renewable Diesel is not affected by cold weather and does not require blending.

What does Renewable Diesel, Biodiesel and Ethanol have in common?

Why is demand for Renewable Diesel increasing?

Federal and state governments worldwide are mandating credit systems which will include an increased portion of renewable fuels within the products sold by fuel importers, refiners, and wholesalers in order to comply with these new regulations. Renewable Diesel generates required credits in state programs and renewable identification numbers (RINs) in the federal system.

Renewable diesel drastically reduces greenhouse gas emissions when compared to fossil fuels. It is also compatible with existing engines and infrastructure that is made from products that would otherwise be landfilled. These factors contribute to the increase in demand for Renewable Diesel globally.

What process is involved in Renewable Diesel Production?

The increase in demand for Renewable Diesel has driven refineries to adopt new technologies to accept renewable feedstock to produce Renewable Diesel. Since the process utilized in renewable diesel production shares some similarities with petroleum diesel, existing refineries are converted rather than constructing new plants to save time and reduce overall cost.

The Pre-Treatment Unit generally involves degumming and bleaching steps to remove any impurities and condition the renewable feedstock.

What are the main benefits of Renewable Diesel and how will it help in limiting dependency on imported fuels?

Unlike fossil fuels, which are exhaustible resources, Renewable Diesel along with other renewable fuels are derived from waste agricultural products such as used cooking oils, rendered animal fats, grease, vegetable oils, and wood waste. As these feedstocks are produced from sustainable sources where it can be used and grown again, it is considered as renewable feedstocks.

Additionally, since Renewable Diesel utilizes these renewable feedstocks that are produced domestically, it not only contributes to job creation which leads to economic development but it also alleviates reliance on imported fossil fuels that will ultimately reduce the risk of adverse impacts of supply disruptions.

Renewable Diesel also delivers over 50% reduction of greenhouse gasses as well as up to 80% lower life cycle emissions when compared to petroleum diesel. Furthermore, Renewable Diesel has a higher cetane number that not only prevents premature fuel combustion that can cause engine knocking, but it also burns clear which prolongs diesel particulate filter life in engines that ultimately reduce vehicle maintenance cost.

How can Milton Roy help with Renewable Diesel production?

Milton Roy is at the forefront of the technology used to produce Renewable Diesel. Collaborating closely with the refinery community, Milton Roy enables successful renewable fuel production through our deep product knowledge of precision metering.

Milton Roy is the preferred metering pump provider among refineries because of the company's innovative products meeting the strict API 675 standards, and featuring leak-proof designs with time-proven reliability. These pumps are mostly used to meter chemicals used in Renewable Diesel production, such as catalyst, acids, and demulsifiers. 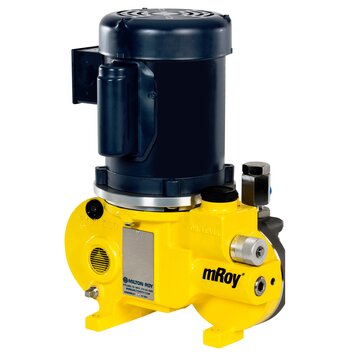 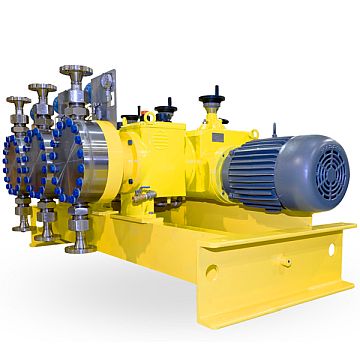